Ha ha! I’m laughing to myself, wondering if that title will get google hits. I know that owls are a hot item these days; I like to say that the most hipster image would be an owl with antlers and an old timey mustache. Fads come and go but some things will always be cool to me: robots, dinosaurs, plaid flannel shirts, hot rods and owls (those come to mind easily…).

When my mother was a girl, my grandfather (we called him pa-pa, but in the Carolinas that’s “paw paw” with extra twang on the second one but I can’t figure out how to spell it phonetically) was driving home (I picture his patina green 70ish Ford pickup) and a Great Horned Owl flew into the side of his truck, broke it’s neck and died. Pa-pa brought it home and my Mom was able to get a close look and has loved owls since. The poor owl dude was taken to the York County Nature Museum in Rock Hill, South Carolina. I’d like to think it’s still the same owl on display.

Mom got lots of owl presents and when people brought souvenirs back for her they were owls. We can all relate to this right? (There was a time when I got dinosaurs, smiley faces, aliens, animaniacs– and that was just since college, haha!) I guess the trick is to not become disenchanted with imagery that makes us happy, but to be choosy about the quality of the items and imagery we surround ourselves with.

I’ve always thought of owls as mom’s thing. I never really drew or painted them. They’re not easy to capture (in likeness, but probably they are sneaky in the wild too.). Their shape is amorphous and their feathers tend to be tree bark camouflage which is like painting bark and moss texture…also, I think, is challenging. So, I tend to focus on the stylized parts like swoopy feathers and extreme eyes and beak, also the shape of the larger feathers. That’s what I’ve done with this most recent batch. My only other owl art has been even more stylized or even cartoonish (like the 3D owls made out of 8-Track, Cassette, and 7″ records).

Owls became my thing when I realized that it’s my totem animal. Like i said, I always thought it was mom’s thing but then I just kept seeing them(sometimes in unlikely places) at significant moments.They’ve sat in trees near me or swooped me and screeched, glided by at eye level and turned to look at me under a full moon – usually when I’m having an epiphany of sorts. This makes sense in nature; however, it’s happened in cities too. A Great Horned Owl swooped down and screeched when I was in East Los Angeles.

So, yeah. Owls are rad. Embrace the things that you love, that make you feel good, and don’t sweat the cheesy impostors that come and go in waves of pop culture.

I used this photo to paint my piece for “The Bird Show”. He and his buddies were out in the yard at the last house I lived in. I can hear them in my neighborhood now but haven’t seen them. Here’s the painting: 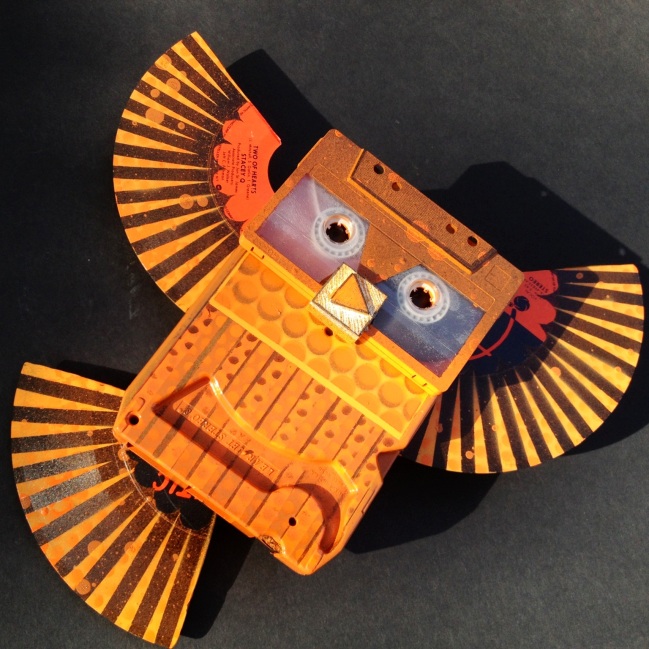 I’ll have some of these for sale at the art show on the 30th of January at The Goodfoot in Portland. 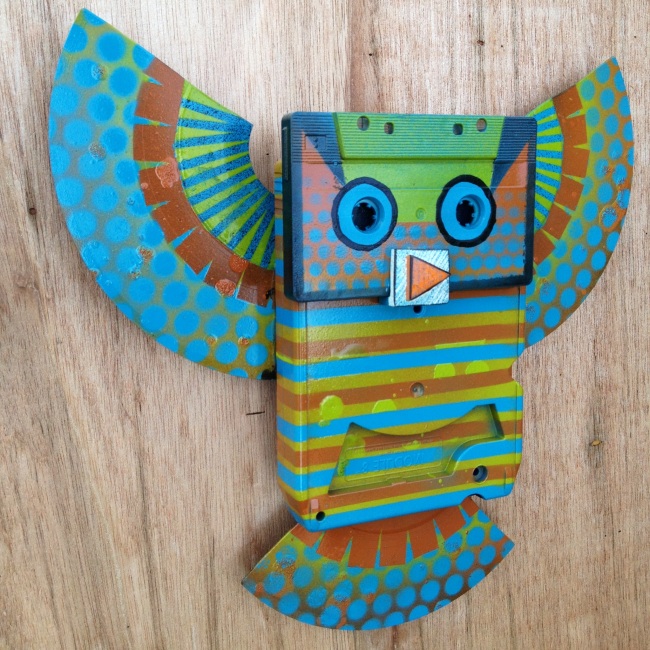 I’m going to talk about my art show progress tomorrow. I want to share more owl photos, so I’ll share the ones related to my show. I’m excited with my new imagery and I’m going now to finish drawing a squid fighting a sperm whale!

The owl at the top, is one of my pieces for the first Big 100 show.

These images are from my first painting series of 2011. I will probably continue with this series for a while; these are the first 8 to be completed, for a 4 person show at Portland’s Goodfoot.  One reason that I’ve started this blog is to document some of my process and technique. This series will give good context for in-process photos because the repeated image will provide us with some visual context. Here’s a paragraph from my artist statement for the Goodfoot show:

“My first very prolific series began in 1999, in which I manipulated closely cropped photos of women’s faces, with photoshop, and used these images to map out compositions on canvas. It was an excellent experiment because the repetition gave great context and a reference point for the effectiveness of each style or technique.  Now, I’ve returned to these same compositions, curious to see how the last decade has affected me stylistically.” 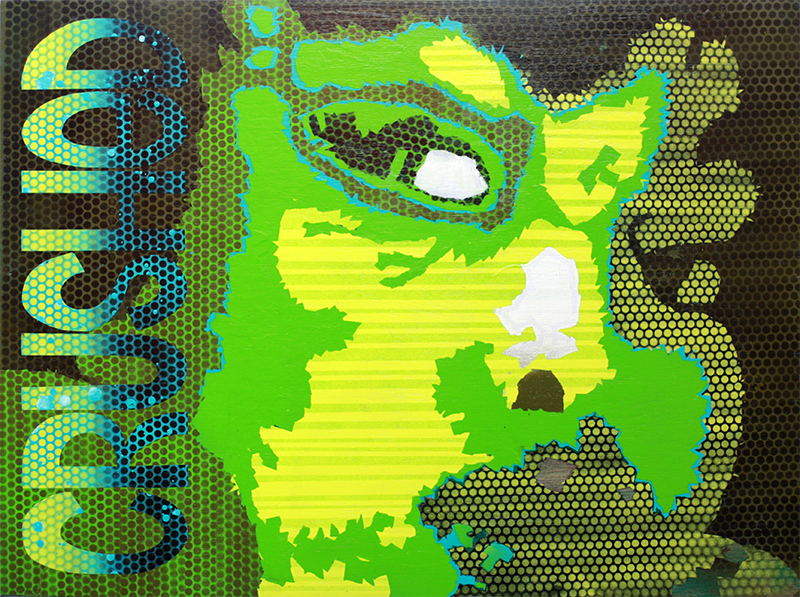 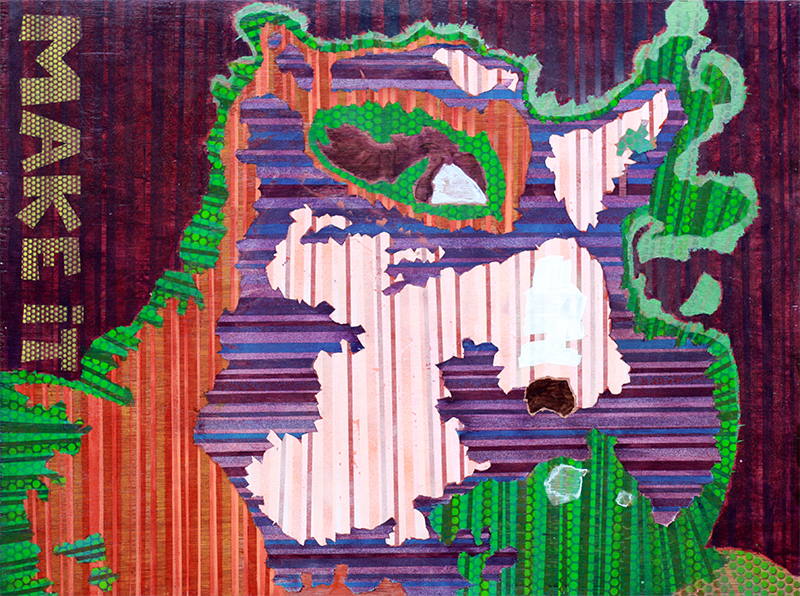 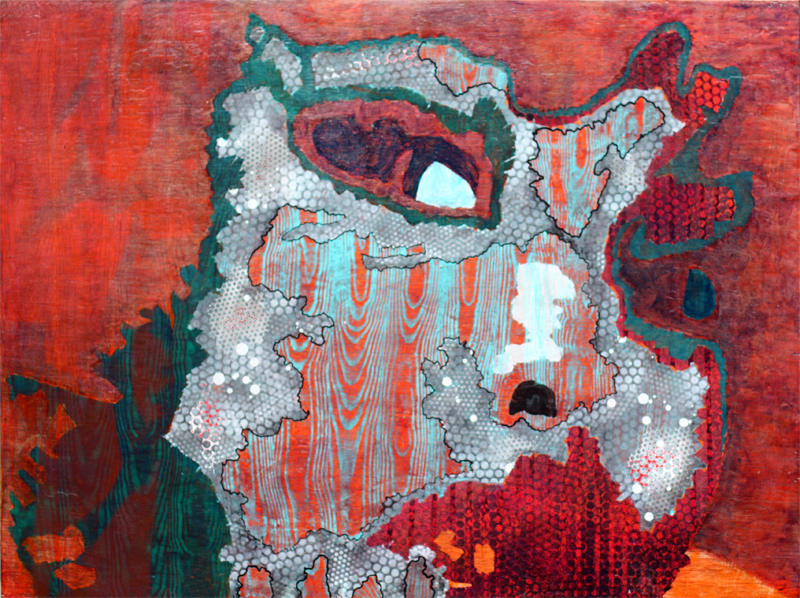 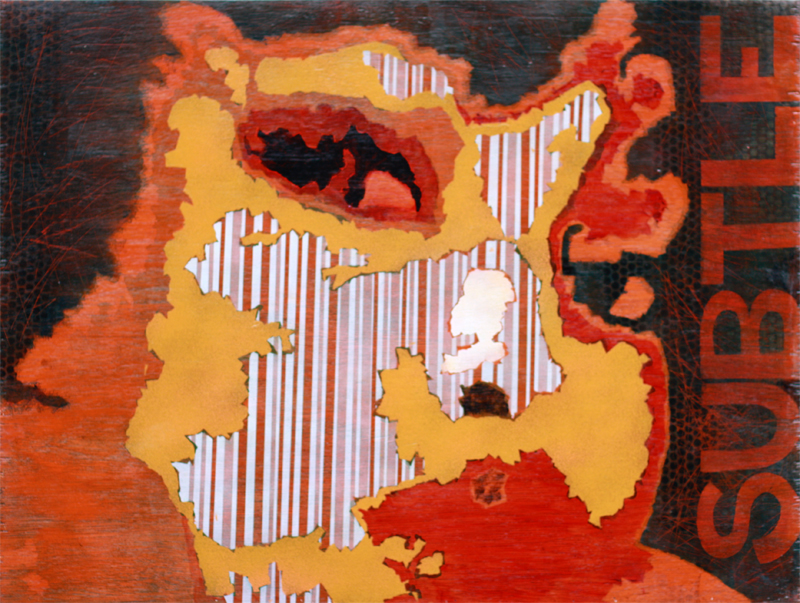