The last couple of days are a terrific blur. I’m in various stages of production, which you can see in the photo below. I’ve got finished backgrounds, a handful of completed pieces, some that are ready for collaboration, some that are masked and ready for paint. I took the photo in the day yesterday, then spent the night painting in squids, whales, and octopi. 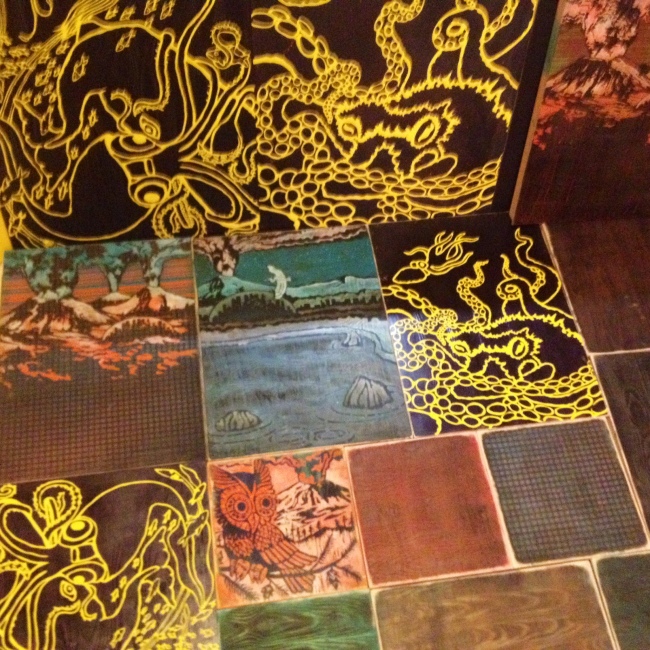 I’m posting progress shots as I go, via artdamaged instagram. (also, they may show up down at bottom of the page)